do the right thing 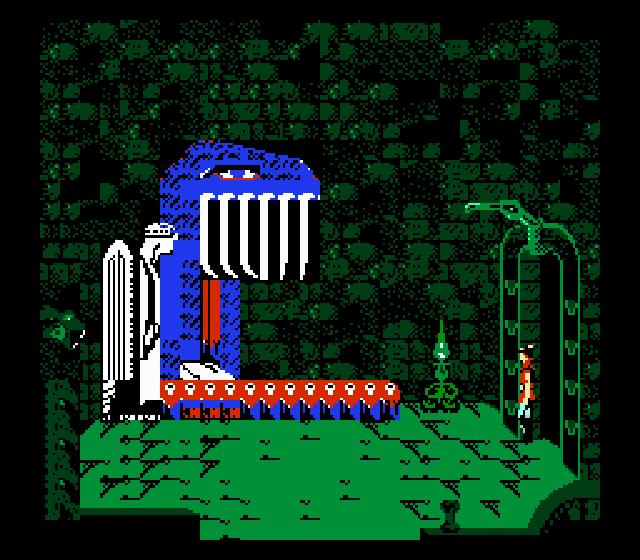 i wish i could say the recent revelations of (now ex-)Polygon video producer Nick Robinson sexually harassing several women over an extended period of time was any surprise or event where i'd be hopeful for any kind of productive dialogue to happen in the videogame space. but it feels long past the point where that kind of dialogue is possible. for me, it's just another item of the exhausting list of examples where men in the game industry have gotten away with harassing and abusing vulnerable people around them and have maintained good standing as long as they appear to display the bare minimum of decency and self-awareness about those issues in public (and oftentimes even have maintained careers by not even pretending to do the latter). and indeed, it has been suggested that several men in the game industry who acted disgusted at the Nick Robinson revelations are still actively harassing other women in the industry in private. i've also personally heard allegations stories about men who have abused other women in the industry and still continue to have careers in good standing, many even branding themselves as "SJWs" and showing solidarity to marginalized folks.

post-gamergate mainstream game discourse has encouraged basic performances of solidarity for marginalized people from most game industry folks out of a basic awareness and understanding of all the horrible things that have happened and continue to happen around games. this seems like this would have been an improvement over before - where these events were largely ignored in the mainstream consciousness. but that's all it ever is for many - a performance. it doesn't mean that people performing solidarity have any real actual desire to undertake concrete actions to make women or other marginalized people feel safer or make workplaces around the game space more equitable in general, and certainly doesn't mean that they have to show solidarity in ways that can't be seen and recorded by social media. those are the lowered expectations that exist, and are often even encouraged by other women in the industry because it seems like the best that can be hoped for in an already very regressive and fucked up space.

for me it's becoming more and more clear that we should not argue, as many men and women have tried to in the last several years, that women and people of color are an untapped market that just needs to be found and marketed to - and that's what will create a more open and accepting videogame space that isn't filled with fascist reactionaries. the fact is the primary reason women have been excluded from game industry marketing in the first place was that as the game industry grew, it was decided that it took more money and resources to market to people outside of its narrowing demographic of mostly white men so marketers and publishers narrowed their focus accordingly.

if the market has historically excluded women and other marginalized people, we shouldn't hope for the market to correct itself. just because highly popular games like Overwatch have successfully implemented a diverse cast of characters doesn't mean that the tide can't turn on a dime after a few unsuccessful attempts and the game industry moves back to marketing to its core demographic of mostly white men. i don't believe the game industry can hope for its Get Out because the audience it historically has sold to is inherently reactionary. and even if it could, people who want a more inclusive (and frankly, less awful) space should stop putting their hopes into the fickleness of the market - one the major reasons that non-white men have been ignored as long as they have in the first place.

besides, the game industry isn't exactly worth saving in its current form. it's well documented how big game companies exploit workers with long hours and crunch, in environments with low morale where individual workers are made to feel disposable. bigger budget games are increasingly factory-assembled experiences by hyper-specialized workers and every part of projects are micro-managed by producers and marketers to make sure they hit the bottom line. big game experiences feed on consumers' social isolation and disillusionment and often lazily echo deeply-encoded biases of society (i.e. the Call of Duty series' persistent depictions of Muslims) because making a challenging and coherent piece of art requires a sort of coordination that would take more effort and potentially lose money. even most indies often have the same problems with needing to rely on crunch and burning out their workers, if they even manage to stay in business for very long. tech and videogame companies don't neglect to hire women or people of color in anywhere near equal numbers just because they're inherently racist or sexist (though they often are), it's that it costs more to do so and it's harder to maintain them because of already existing workplace culture.

the fact is that it costs more to spend more time on your games, to treat your workers better, and to create more fair and equitable environments for everyone. and often, that doesn't pay off at the end of the day.

and so we can't confront the argument that fairer/more equitable treatment of workers and consumers isn't favored by the market by trying to argue that it somehow, in some way, does pay off. the market itself is the problem. we have to stop any form of argument for inclusion of things are morally right because of the potential value they might have on the market entirely. if a game is good and it was made by a workplace that treated its diverse group of workers fairly - that's a universally good thing, whether or not the market agrees. if a group of people make a piece of genuinely challenging and interesting media that actually values people's time, doesn't vacuum their money and feed off their disillusionment that's a good thing, whether or not the market agrees. we should argue for things that are morally right because they're the right things to do, market be damned. it's as simple as that. anything else is just condoning more exploitation and ceding space to regressive reactionaries.

if that sounds too idealistic or out of the realm of possibility for you, maybe it's time to seriously reconsider your positions and change your picture of reality.

i've written about games since late 2010 or so on this blog, and been very critical about the inequalities and hypocrisies in indie game spaces that presented themselves at the time as egalitarian and meritocratic. but i gave up on engaging honestly with the videogame space at some point because i just felt kind of defeated. to put it simply, it felt like the creators who were doing the best work - game designers, writers, artists, musicians, etc - were being ignored. i felt a rigid cynicism take hold. little of which was aired openly, but able to be witnessed just under the surface. the divide between what was expressed publicly and privately seemed to widen vastly because of conflicts that had happened in the past. people either started to leave the game space because of its hostility and instability, become full-time social media Personalities who were good at getting attention on themselves and staying on top of the current discourse, or get professional gigs which limited their ability to speak openly. blogs stopped being updated, smaller outlets either folded or only subsisted on a small number of readers. the landscape fractured even more and corporate-owned platforms took over the sphere. maybe some of those platforms absorbed some better and more progressive writers and commentary than before, but at the end of the day safe fan-friendly commentary about more mainstream games took over again. but even those corporate platforms are really unstable and could topple and go the way of MTV News or Grantland at a moment's notice.

at a personal level, i felt like i could only see some new writer or youtuber with an exponentially bigger platform than me make a point i'd seen made many times by other writers as if they're the first person to make it so many times. i could try and reach out, but what incentive to they have to listen to me or anything anyone like me does? i'm a nobody to them - i don't have a huge following. does it matter that i've been writing about these things in detail for many years? nah, because their bigger following means that they're right. this can only happen so many times before you start to feel like you're in a time hole. it makes you wonder if there's really any point to spending your life on of this, or if everything is just going to continually be sucked into the void and the only thing left that will float to the top are corporate platforms and social media celebrities. the internet 1%, basically.

and the more i've been exposed to it, in my recent attempts to connect more to the music world as an artist and critic, the more i'm aware that this is the case there as well. music blogs that used to expose a wider audience to new/obscure music have gone under or made themselves into another version of Pitchfork and talk about the same handful of artists. celebrity dominates the landscape and people are afraid of losing dwindling opportunities so conversations don't happen in the open. so this is in no way a problem unique to videogames.

yet somehow the specter of Trump, the alt-right, gamergate, any of that shit seems so greater we don't see the ties back to how we treat each other and how we all seem willing to throw ourselves into a cycle of diminishing returns out of the hope for career aspirations for micro-fame that seem increasingly tenuous and unable to influence the larger horror show that our society is becoming. it's a blinding cloud of shit that keeps us unable to have these discussions, and it's fucking ridiculous.

let's be real, here: there's something about this complacency and bland unwillingness to see past supposed status quo practicalities that is both bullying and intimidating and also extra-vulnerable for being taken over by some kind of much more violently reactionary force. it's an extra weak stance against an enemy that is much more vulnerable than many of us might think they are.

we can't fuck around any more in this cloud of misery and despair. the only defense against increasing war on the marginalized and poor is to take a moral stance - not stand up because something is popular or marketable, but again, because it's the right thing to do. back into videogame world, the fact of the matter is there are plenty of games out there that work against the same cynical systems of exploitation and try and offer a radically new perspective on the world which we can support. i've seen them appear on sites like Freeindiegames and Warpdoor, and in the corners of itch.io and Steam. talking about these games, and talking about labor issues in the game industry in all the depth and detail they deserve might not be a popular thing to do. doing so might endanger career opportunities and/or reduce the amount of clicks your work gets.

but fuck it - it's the right thing to do. not just for forwarding the artistic possibility of games themselves, but for keeping reactionaries out of the space, for creating a fairer and more just space for those who work in the industry, and for including voices that have been traditionally left out. none of these are mutually exclusive, and all of these can be achievable goals for people committed to doing the right thing.

besides, what the fuck else is there to do anyway?
Posted by Liz R at 12:45 AM 0 comments